Hollywood stars advance the causes they care about and I really appreciate that, especially when they’re educating the public in a responsible way. Rita Wilson has done every person in America a service by publishing her story of how a second opinion saved her life.1

Because Ms. Wilson had previously been diagnosed with a condition called lobular carcinoma in situ, or LCIS—she had abnormal cells that were not cancerous—she had a higher than average risk for breast cancer in the future.2 She chose early on to be monitored more closely than usual with mammograms and MRIs rather than receive medical or surgical treatment. More recently, she had 2 biopsies to examine suspect tissue that was found, and her pathology report showed cells that were more atypical (abnormal) than LCIS, but hadn’t spread.

At first, Ms. Wilson thought it was good news, but a friend who had survived breast cancer suggested Ms. Wilson seek a second opinion just in case. The second pathology report suggested a more ominous diagnosis: invasive lobular carcinoma. A third pathologist confirmed the diagnosis. Because this condition raises the risk of cancer in both breasts, she underwent a double mastectomy with reconstruction (she is a star after all!). By catching the cancer very early, she has every hope of recovering and beating cancer.

You don’t have to be a star to get a second opinion, however! “You have nothing to lose if both opinions match up for the good, and everything to gain if something that was missed is found, which does happen,” said Ms. Wilson. Most insurance companies will pay at least partially for a second opinion. It is worth a phone call to your insurance company to confirm how it would be covered. Medicare pays 80% of the costs of a second opinion and if the two opinions conflict, they pay 80% of the cost of a third opinion as well.

Sometimes it takes that third opinion to figure out that you have been misdiagnosed. Take the case of Trisha Torrey, founder of AdvoConnection and the Alliance of Professional Health Advocates. Trisha was initially diagnosed with a very rare and deadly form of cancer after biopsy of a lump was taken when it was removed. Treatment would have required chemotherapy treatment to start right away. The first pathologist had his diagnosis “confirmed” by a second pathology opinion, but the diagnosis turned out not to be so clear cut. After deciding to get another opinion about the diagnosis and treatment, and further review of her tests by a third lab, it turned out that the diagnosis wasn’t cancer after all, but rather a benign inflammation. Imagine being told you had been cured of cancer when you never had it at all!3 It was a frightening and life-changing experience for Trisha. She has made it her life’s work to champion patient empowerment and health advocacy ever since.4,5

There are many reasons to request a second opinion, and many doctors expect or recommend it, especially when:

For example, just over half of women newly diagnosed with breast cancer changed their treatment plan after they sought a second opinion, a study in Michigan found. Either their diagnosis had changed, necessitating a change in treatment, or they decided on a more comprehensive treatment approach that offered greater benefit.9,10

It’s your right to get enough information to help make the best, most informed decisions about your health and medical treatment, along with your doctor. A second opinion can help you find the most appropriate care, and you’ll feel more confident about your treatment, which aids your recovery. Call Montgomery Health Advocates if you would like further assistance (240-418-6310).

I am no longer taking on new clients as I move toward retirement. 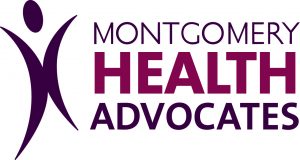 I am no longer taking new clients as I move toward retirement.

You can find other advocates in the following directories.